The Chodl auditorium was erected in the years of 1925-1928 at the urging of the community which was then 90% immigrant, mostly middle European.  They had come to America with a dream and they wanted that dream, expressed in this auditorium which was to be paid for with their tax money.  Their belief in democracy and the American system is expressed in the 8 murals by C.M. Fox which depict the Pilgrim’s landing, Bunker Hill, Washington leading the army, Fort Dearborn, Columbus discovering America, the Battle of Gettysburg, Lincoln giving the Gettysburg address, and the Battle of Argonne.  Their respect for education and ideas as expressed by American scholars, leaders, and artists is exemplified in the names they had engraved in giant letters above the murals: Emerson, Hawthorne, Marshall, Audubon, Mann, Washington, Lincoln, Hopkins, Agassiz, Brooks, Longfellow and Lowell.  There are 2,288 seats in the auditorium.

In 1927, Mr. Church presented the best Christmas gift to the students with the opening of the auditorium. 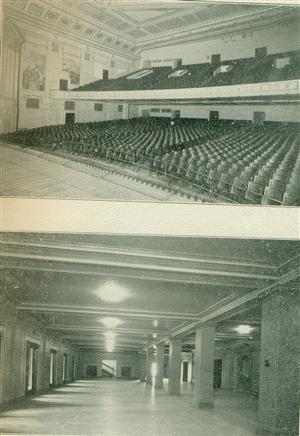 The Chodl Auditorium was added to the National Register of Historic Places on May 9th 1983. It is one of the largest non-commercial proscenium style theatres in the Chicago metropolitan area. Chodl auditorium has been the Chicago’s home to the Lithuanian Opera Company of Chicago.

The Chicago Symphony with Conductor Mr. Ricardo Muti performed in the auditorium 2013.

Curtains go down. Lights turn on. The crowd turns to a complete silence. As the maestro raises his baton, the musicians prepare to enlighten the audience with their beautiful notes that are produced by their instruments.

CSO conductor Riccardo Muti kissing the hand of the soprano singer as in appreciation and respect for magnificent role and part in the concert.

­­Boys Basketballs games were played on the Auditorium stage. Which was the only 5 corner court. 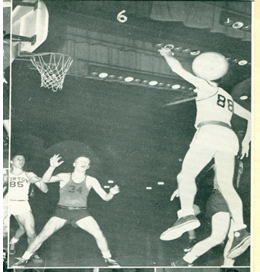 The water fountain in front of the auditorium. 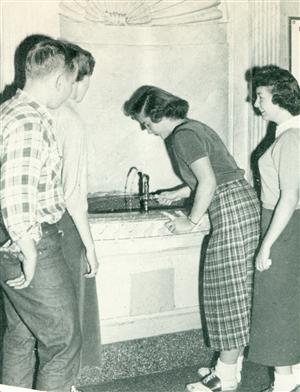