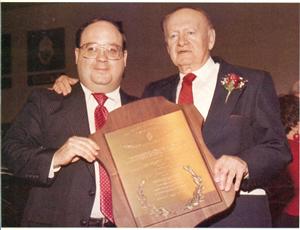 One of the most significant changes in the schol was the addition of Home Base Guidance, or HBG, and Channel One. each student was assigned to an HBG room and teacher, the links to both school and world events during the whole school year. The students viewed a 10-minute news segment on Channel One, then for the rest of the period they learned of other school happenings or completed homework. 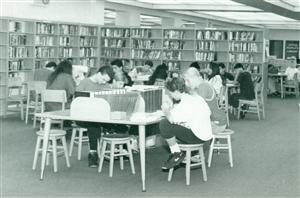 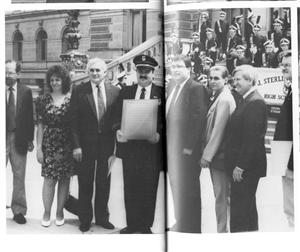 On May 1, the Morton Marching Band went to historic Washington D.C. to present several pieces of music to the United States Library of Congress. The pieces were part of a collection from John Phillip Sousa's original library and from his own manuscripts. One of the pieces was performed at the first Sousa concert on September 26, 1892. The band was recognized by many newspapers, a member of Congress and John Phillip Sousa IV.

As the roaring blades of steel began to quiet down and the cloud of dust cleared behind Hapac Gym the awe and silence of the crowd exploded into spontaneous applause as Jim Edgar, Governor of Illinois, stepped out of the landed helicopter. The governor was greeted by students holding signs of welcome in many languages and students wearing clothes from their native lands. He was able to indulge himself in many cuisines from China, Mexico, Italy, Poland, and Bohemia - just to name a few. 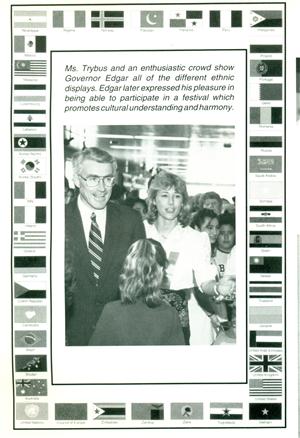 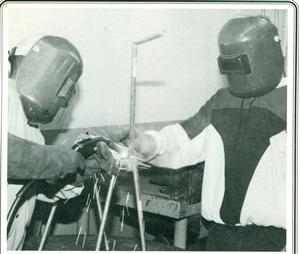 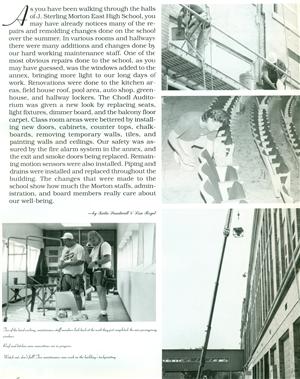 Windows were added to the annex overpass.

Senior Alfredo Aguilar has been creating fantastic artwork for years. His paintings and drawings have graced the yearbook, Parchment, and the hallways. He has attended classes at the Art Institute in addition the the art classes here. His art teacher Mr. Salerno, said that "Alfredo's natural talent shines through in all his work. he has a critical eye, a talented hand, and the patience to work toward his idea of perfection." 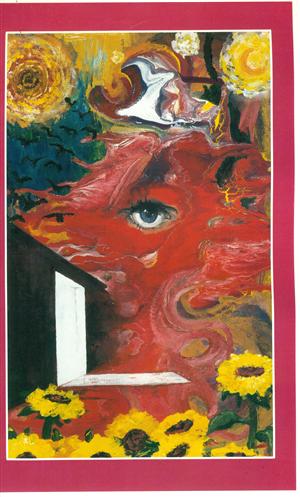 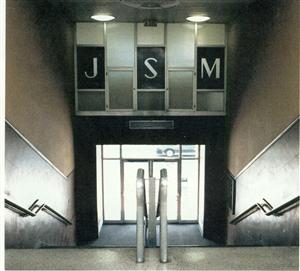 n 1996, The Little Theatre was turned into 4 classrooms & an office.

The Greenhouse at Christmas. 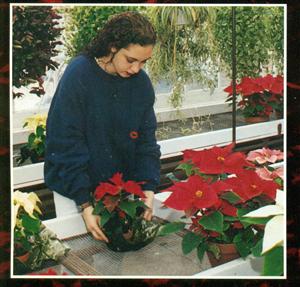